Here you can read about some of our accomplishments and efforts in recent years. 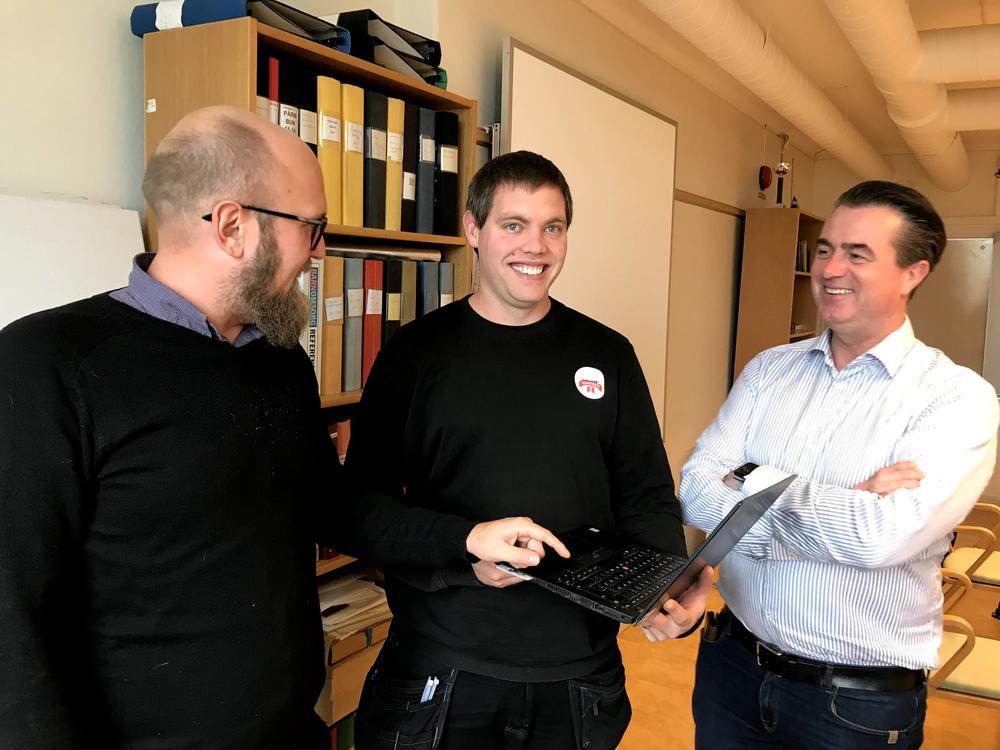 For three years, the Energy Agency for Southeast Sweden has worked within

the international project Act NOW. The project aims to support municipalities for energy-efficient property management. “Our goal is to strengthen our members, the public sector, with the development and use of more efficient energy monitoring, collection of energy data and monitoring of energy performance. It is also about bridging various forms of administrative barriers that slow down decision-processes and initiatives for energy efficiency by highlighting various innovative financing methods”, says Johan Milton, project manager at the Energy Agency for Southeast Sweden. “It feels great to see our work yield positive results.”

By participating in the Act NOW project, Mönsterås municipality changed its systematic work with their buildings. The municipality now has an approach of value-raising of their buildings rather than ordinary maintenance of the buildings. By focusing on preventive maintaining instead of ordinary, they

avoid future problems in the buildings such as mould, moist, etc.

Marcus Olsson, building manager at Mönsterås municipality stated: ”the cooperation with Energy Agency for Southeast Sweden and the repeatedly organised local energy group meetings have been a spur for us. It has boosted the internal strategic energy efficiency work. Also, the capacity building activities within the project have led to a new approach from our financial department and we handle future investments differently. The long-term strategic energy efficiency work has now a stronger position in the budget. Our next step is to develop a premises supply plan to ensure we make the most efficient use of the existing buildings and premises we have in our building stock.

In addition to the changes in the internal work, with improved routines and a complete review of the properties, Mönsterås municipality has developed a new function as an operations technician for the buildings. The first task for Albin Berg, the newly employed operations technician, was to prepare the settings of the municipality for the new automated energy monitoring system that saves time, provides better supervision and an overview of operation and energy statistics.

Albin Berg says: “now we will have significantly better control of the properties and good conditions to reduce problems and maintenance costs in our properties.”

This article was published on fedarene.org in 2020.

Read how Energy Agency for Southeast Sweden has been working to spread the concept of municipal co-distribution of goods since 2013, reducing CO2 emissions and congestion in city centres, and increasing the competition and the local market opportunities. 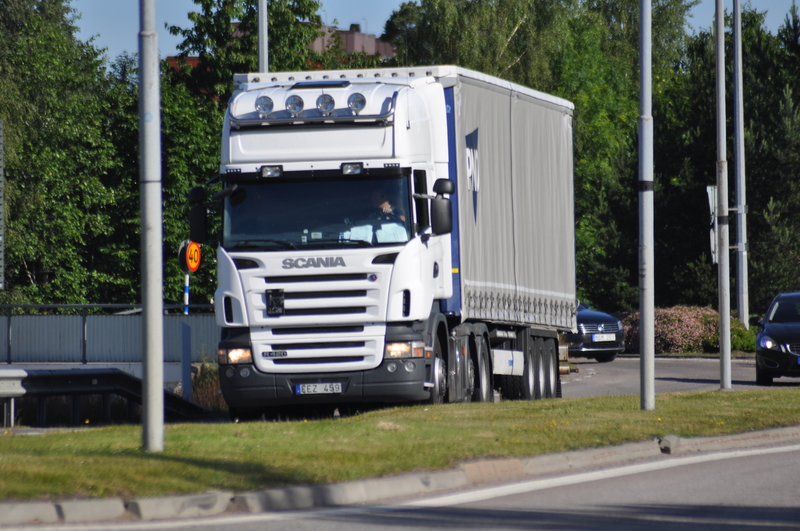 Municipalities in Sweden make large purchases of food, office supplies and consumables for their own operations delivered by urban freight transport.

Each supplier manages its own distribution individually, which means that a school or an elderly home can receive multiple deliveries during one day contributing to air pollution e.g. CO2 emissions and congestion in the city centres.

Municipal co-distribution of goods implies that all products from external suppliers are delivered to an urban consolidation centre and reloaded to one vehicle for distribution to municipal recipients. The business model has evolved from an isolated innovation developed in 1999 to an approach implemented in

The Energy Agency for Southeast Sweden has been working to spread the concept of municipal co-distribution of goods since 2013, starting with pilot studies developing to implementation projects, which now has resulted in the hosting of a national support centre.

The process of implementation is somewhat time-consuming, with costs upfront and several steps including political decisions. But the long-term cost savings and the lowered emissions make the concept well worth to adapt. 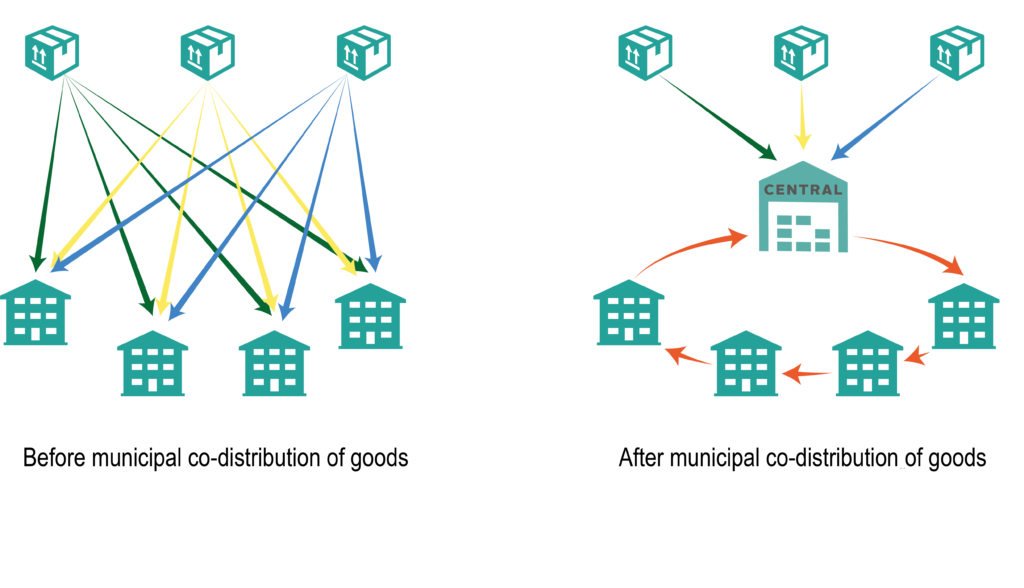 This article was published on fedarene.org in 2020. 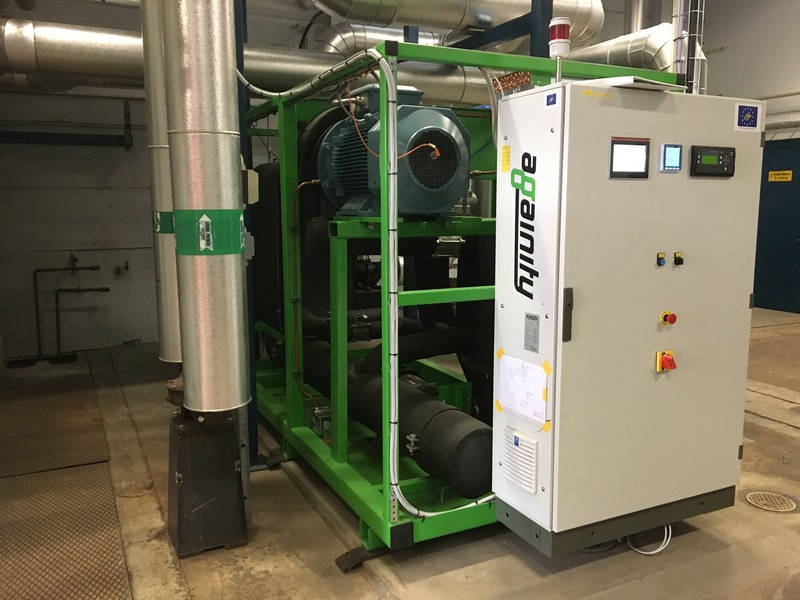 Combined Heat and Power (CHP) technologies based on biomass combustion have great potential to reduce CO2 emissions because they use renewable energy sources, such as wood fuels or sawdust. Typical

fields of application for biomass CHP plants are wood processing industries, sawmills, district heating systems and industries with a high process heat and cooling demand. In order for CHP plants to operate in a way that is economically and ecologically beneficial, both the electricity

and the heat produced must be used.

CHP technology is already available in Swedish and European markets. Due to the high installation costs, and a lack of information about its efficiency, the technology is, however, currently not widely used in small-scale plants. Extensive research has been undertaken to illustrate the vast environmental potential of CHP technology but a larger initiative that looks at increasing market application is still needed.

In Sweden, nearly all district heating is biomass-based. However, not all plants generate both heat and power. Today, there are around 300 district heating plants (<10 MWheat) that only produce heat. With new technology for small-scale combined heat and power (CHP), bio-based electricity generation could increase by 2-9 TWh (2-7 % of total electricity demand in Sweden).

This project will demonstrate different small-scale biomass CHP technologies. The aim is to pave the way for a broader application of biomass CHP technology. The knowledge gained will be disseminated on a regional, national and European level. There are three main objectives:

3 techniques are available for the demonstration of bio-based small-scale CHP  generation. The new technologies have the potential for increasing the total production of green electricity from biomass by 2-7% for all of Sweden. One of the promising technology for small-scale CHP is an organic rankine cycle (ORC) technology, which uses a closed turbine system with an organic medium with a boiling point below water.

The electricity is generated by using hot water from the boiler and cold return water. This technology is demonstrated at Ronneby municipality in southeast Sweden. The demonstration is performed within the EU project Life+ Small Scale CHP from Biomass (2014-2019). A gasifier at a dairy and a wet steam technology at a district heating plant is also part of the project.

The project has among its expected results, greater knowledge about the environmental performance of biomass-based CHP technology and increased use of biomass as a renewable fuel.

This article was published on fedarene.org in 2018.